A year of surprises! Less than two years and a new studio album, Together Through Life with most songs penned with Robert Hunter of Grateful Dead fame. And then another album! The odds for a Christmas album by Bob Dylan must have been astronomical until this year, but here it is: Christmas In The Heart with Bob Dylans royalties going to charity organizations around the world, feeding the hungry. Less surprising, the 22nd year of The Never Ending Tour swept through Europe and the US with 97 new shows. 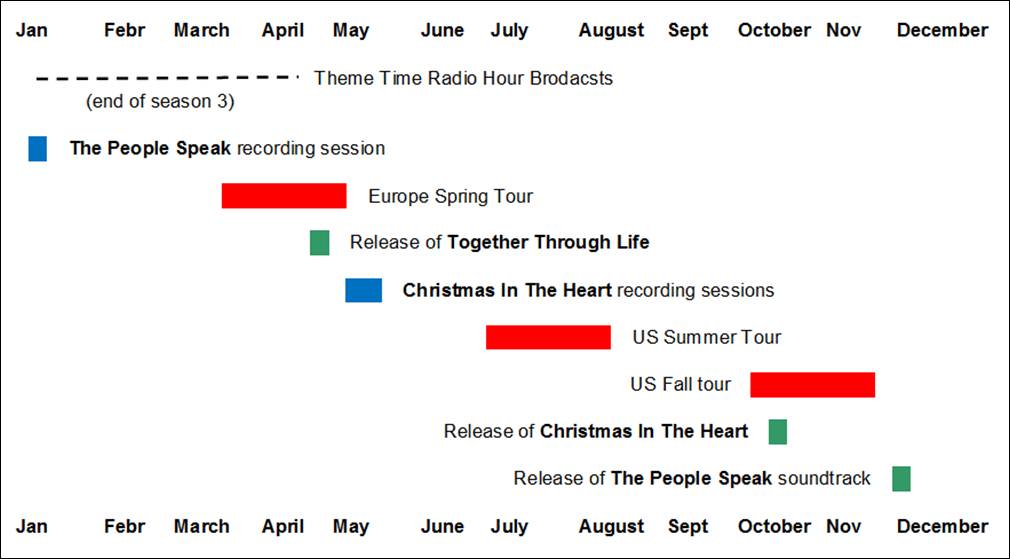 None of these songs have been played live.

Do Re Mi recorded January 2009 at the Malibu Performing Arts Center in Los Angeles, California.

A video of the first live performance of Forgetful Heart from Milwaukee,  Wisconsin, 1 July 2009 was made available at bobdylan.com.