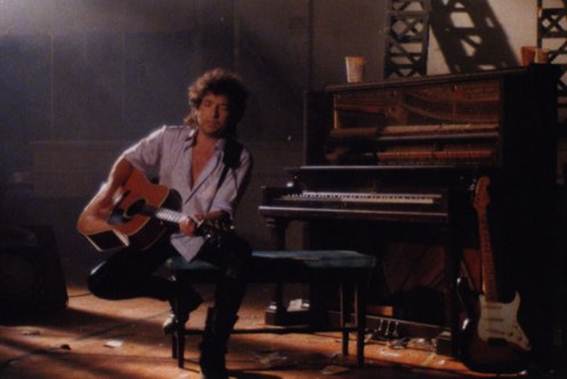 Despite the fact that Dylan did not tour 1985 was a year of extreme visibility. At least twelve interviews, a new album, Empire Burlesque, and four charity engagements, the "We Are The World" and "" recordings, and the Live Aid and Farm Aid concerts. Besides these two public performances Dylan also played at a youth festival in .

The recording of Empire Burlesque took place in a number of sessions starting in mid 1984 and ending in the beginning of March large number of these were overdub sessions. There are many details missing and the summary below gives only a fragmentary picture. Arthur Baker did the final overdubs and remixing during February and March 1985. As usual there are a number of songs here that were never used again, and a number of these songs are not circulating. The titles may be just the engineer’s best guess during the recording session. Below (x) stands for “released after later overdubbing”.

Some of the sessions were produced by Bob Dylan. Here's a summary:

Something's Burning, Baby is the only song from Empire Burlesque that has never been played live.

Performances during The Never-Ending Tour

Mixed Up Confusion In Biograph's Dates by Heylin – The Telegraph #23

Movies Inside His Head by John Lindley – The Telegraph #25

We Are The World by John Bauldie – The Telegraph #20

Empire Burlesque ... The Reviews – The Telegraph #21

[6] as a duet with Patti Smith