I REPLAY THE PAST

Theme Time Radio Hour was a one-hour long radio show hosted by Bob Dylan. Each episode was an eclectic, freeform brew of blues, folk, rockabilly, R&B, soul, bebop, rock-and-roll, country and pop music, centered around a "theme," with songs from artists as diverse as Patti Page and LL Cool J.

Interspersed between the music segments were email readings, listener phone calls, vintage radio air checks, old radio promos and jingles, poetry recitations; taped messages from a variety of celebrities, musicians and comedians; and commentary from Bob Dylan on the music and musicians as well as miscellanea related to the themes.

The show was not live, Dylan taped his portions at various locations and while touring, and the studio location at the was fictitious. Most of the "listener phone calls" and emails were also fictitious, although at least one email read on the show came from an actual listener.

The shows lasted one hour with the following exceptions:

Theme Time Radio Hour was originally broadcast every Wednesday at 10:00 am ET on the Deep Tracks channel of XM Satellite Radio, a subscription-based satellite radio service.

The show was produced by Eddie Gorodetsky and ran during three seasons:

Actress Ellen Barkin read the opening introduction for each episode during the first two seasons with the exception of the Season 1 Halloween episode. Barkin read the intro intermittently during Season 3.

The announcer "Pierre Mancini" was probably the voice of Eddie Gorodetsky.

Three episodes in season 2 were re-runs of episodes from season 1: "Halloween", "Thanksgiving Leftovers" and the "Christmas/New Year’s" episode.

Three episodes in season 3 were re-runs of earlier broadcasts: "President's Day," "Christmas/New Year's" and "Number One".

There have been a number of more or less official releases with the songs played, but only two that contain Bob Dylan’s contributions:

The first was from episode 4: Baseball, which features the only singing by Bob Dylan during the series. 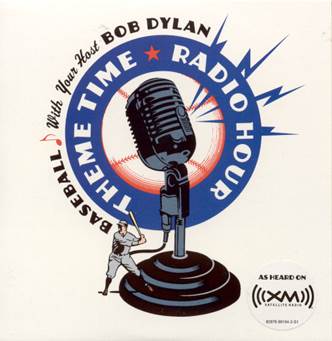 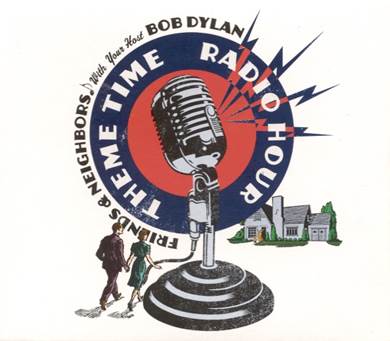